Prep to Year 4: The Naming of Tishkin Silk

The Naming of Tishkin Silk 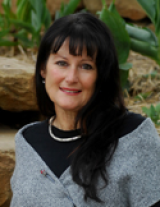 Glenda Millard says that she ‘has loved reading and being read to from early age.’ As a child, her interests included billy cart racing, tree climbing and attempting to fly.

Illustrator Stephen Michael King wrote stories, dreamed of illustrating a book and of one day working with Walt Disney Studios. When he was nine, Stephen went partially deaf but his hearing loss was unnoticed for a number of years. During this time he began to immerse himself in art where he could communicate without words.

The Rest of the Series

Griffin came into the Silk family after Scarlet, Indigo, Violet, Amber and Saffron. He came early in the morning on that uncommon day, the twenty-ninth of February. His father’s prediction, considering the date of Griffin’s birth, was that he would be an uncommon sort of boy.

The griffin, griffon, or gryphon is a legendary creature with the body, tail, and back legs of a lion; the head and wings of an eagle; and an eagle's talons as its front feet. Just like the mythical beast whose name he bears, Griffin has uncommon courage and the heart of a lion. 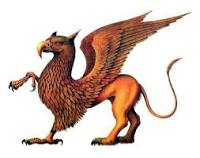 A naming ceremony is the event at which an infant, a youth, or an adult is given a name or names. The timing can vary from mere days after birth to several months or many years afterwards. Some of these ceremonies have religious or cultural significance. Tishkin’s family have made a naming book to celebrate the naming of each of the children.

The plot is the storyline – what happened in the novel step by step.

A theme is a main subject or idea that is revealed in the novel. Usually a novel has more than one theme.

Before his baby sister was born, Griffin Silk was "the pot of gold at the end of the rainbow, the period at the end of the Silk family." That changed when Griffin's little sister was born; the family changed further when the little baby died suddenly in her sleep and Mama went away to a hospital (suffering what would seem to be depression). As a result, Griffin and his five older sisters have to go to school, having been previously home-schooled by Mama. Griffin is bullied at school, because he is different and is smarter than his older classmates. On top of that, Griffin believes that Tishkin's death was his fault, because he failed to love her enough. With the help of an understanding new friend and classmate, Layla, Griffin slowly begins to heal, and the two children concoct a plan to bring Mama home by inviting her to a "naming ceremony" for Tishkin (a Silk family tradition, and one that Tishkin missed out on).

Guilt: If Griffin was an ordinary boy, maybe Mama wouldn’t have gone away. Maybe his secret thoughts wouldn’t have changed everything. Did he secretly resent the baby for taking his place as the “fullstop” of the family. Did these thoughts somehow cause the baby to die? Griffin’s sisters have also felt guilty – but kept it secret.

Sadness and grief: Thanks to the thoughtfulness shown by his new friend Layla, Griffin’s courage grows and he reveals his secret to her. Together they do something that heals the sorrow which all the family has felt after a terrible event no-one has been able to talk about for months.

Family and Friends:” The importance of family is a strong theme in the novel. The Silk family rituals and passed down traditions, like daisy chains, dressing up and naming days, are all part of the healing process. Griffin realizes that loved ones don’t need “ears to hear and they don’t need words to talk.” As Layla and his family have taught him, sometimes, “they just know.”

Griffin is the youngest in his 3rd grade class, runs to greet his father every day hoping his mom is in the car too, and thinks it's his fault they disappeared because he felt angry that he wouldn't be the period at the end of Silk anymore, which is what is written in his naming book given to him by his parents, but he really did love his little sister.

Layla or Princess Layla - becomes friends with Griffin quickly after she introduces herself when she's wearing a daisy crown. Once Griffin shares his innermost thoughts and fears related to his mum with Layla, she helps him plan a naming day for his little sister and to mail an invitation to his mum.

Griffin's older sisters Scarlet, Indigo, Violet, Amber, Saffron are known as the Rainbow Girls because each one is named after a colour which appears in a rainbow. Mama Silk has gone away with Griffin's little sister. The reader isn't sure if she is alive until the very end of the book.

Nell is Griffin's grandmother who lives with the Silk family. She inspires their imaginations by dressing as a fairy godmother and providing a tea party with hummingbird nectar and fairy bread triangles.

Tishkin Silk is Griffin's youngest sibling, who died in her sleep when she was a baby. She did not have a name until Griffin and Layla organised her naming party.

The writing is rich and original in its detail and creates a picture in the reader's mind:

At dusk the sky was watermelon pink, furrowed with apricot.

Similes and metaphors both  compare something to another thing so you can picture it more clearly in your imagination. Similes always have the word LIKE or AS.

The elm leaves jostled against each other … rustling like a lady’s taffeta dress.  Can you imagine the sound?

The girls were trying to tell Nell about their day, all at the same time, like a flock of galahs. Can you imagine the sound?

Metaphors say that one thing or person IS another, not just LIKE it.

You are the pot of gold at the end of the rainbow, the full-stop at the end of the Silk family and the icing on the cake. What do these three things have in common? What was this sentence saying about Griffin? How does Tishkin’s birth alter things? How might Griffin feel about this?

Do you know the meaning of these words in the novel?

Taffeta - a fine, rather stiff dress fabric  with a sheen