Michael Morpurgo is a much admired and successful British author of more than one hundred books written for young people. His work, which includes historical fiction, animal stories, fantasy novels, picture books, easy readers, and retellings of legends and myths, has garnered major awards and world- wide popularity. Many of his books have been adapted to stage and screen. Mor[urgo’s storytelling is magical in style and often deals with issues that affect the lives of children. He draws from his own experiences and interests to create his stories that grapple with themes like the triumph of an outsider, survival against the odds, abandonment and rescue, and relationships with animals. 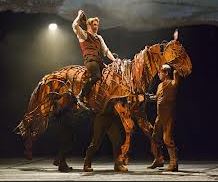 Since its first performance at the National Theatre in 2007, War Horse has become an international smash hit.

Based on Michael Morpurgo's novel and adapted for the stage by Nick Stafford, War Horse takes audiences on an extraordinary journey from the fields of rural Devon to the trenches of First World War France. Filled with stirring music and songs, this powerfully moving and imaginative drama is a show of phenomenal inventiveness. At its heart are astonishing life sized puppets by South Africa's Handspring Puppet Company, who bring breathing, galloping, charging horses to thrilling life on stage.

Wars have many different sides. In World War I, for example, a German soldier, a French nurse, and an American civilian all may have regarded the same event from a different point of view. In the book War Horse, the story is told through the eyes of a cavalry horse. Why might an animal’s perspective on war be unique?

Historical fiction provides a unique window into the past. The setting and secondary characters may reflect real events and people, but the story and main characters are usually fictional. Historical fiction stories can be found in books, magazines, art, television, and movies. Fictional characters within a historical setting can observe and comment on events from unique perspectives.

This excellent resource gives you a comprehensive background to the novel

Joey, a half-thoroughbred colt, begins the story with his happy, early days on an English farm. Soon, he is sold at an auction to a farmer with a mean disposition. Luckily, the farmer’s son Albert bonds with Joey, and they grow devoted to each other.

The beginning of World War I changes the world and Joey’s life. Albert’s father, who needs money, sells Joey to the army. Joey is transformed from a farm horse into a cavalry horse and travels with the soldiers to the battlegrounds of Europe. Joey experiences the harsh realities of war just as the soldiers do on the front line. He loses his beloved master, is captured by the Germans, lives with a French family, and is then thrust back into the war, whereupon English soldiers rescue him from a no-man’s land. But even in the desolation of the trenches, Joey’s courage touches the soldiers around him and he is able to find warmth and hope.

The inspiring end of the story reunites Joey with Albert on the battlefields and—later—on the farm where they first formed their remarkable friendship.

A theme is a big idea or central topic of importance in a work.  It is often timeless and universal (like a concept), such as ‘love’ and ‘death’. Short stories often have just one theme, whereas novels usually have multiple themes. The theme of a story is woven all the way through the story, and the characters' actions, interactions, and motivations all reflect the story's theme.   The main themes in War Horse are frienship, courage and family.

All themes taken from http://www.shmoop.com/war-horse

Humans and animals have been bonding since the beginning of time. In War Horse, Joey the horse forges some unbreakable BFF bonds with a variety of humans and even a member or two of his own species. The fact that these relationships exist and thrive amidst the constant trauma of war emphasizes even more the power of the friendship.
Questions About Friendship

Sad as it may be, that adorable little pug puppy your adopted probably never knew its own family. And horses are no different, as we see at the very beginning of War Horse when Joey is taken away from his mother and sold to another farm. But just because these creatures are taken away from their birth family, it doesn't mean they're alone. Joey the horse and Albert the boy practically grow up together, side by side. Their bond is stronger than friendship; it's family. To Albert, Joey's just a brother from another mother—a four-legged one.
Questions About Family

There was no room for cowardice on a World War I battlefield, so soldiers and their horses alike had to be prepared to act without hesitation in the face of certain death. In War Horse, we see courage coming from all sides of the battlefield—from soldiers on the front lines to the medics caring for the wounded. Above all, we see the courage of Joey and his pony pals, putting the lives of the soldiers first and supporting the troops no matter what. Looks like courage comes in all shapes, sizes, and species.
Questions About Courage

Use a dictionary to find the meaning of these words in the novel: 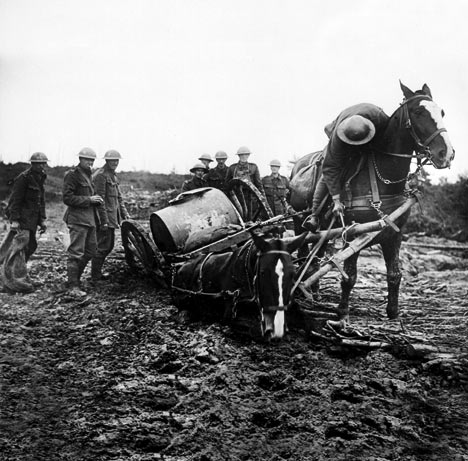 World War I began about one hundred years ago in 1914. Before then, horses had been a major part of warfare, carrying soldiers in cavalry charges against the enemy. However, by WWI, the use of machine guns made the use of cavalry troops unrealistic and deadly. Horses were still used for logistical support during the war because they traveled through deep mud and rough terrain better than the mechanized vehicles of the time. Joey, the horse of this novel, was one of those war horses.

The only Australian horse to return from the war 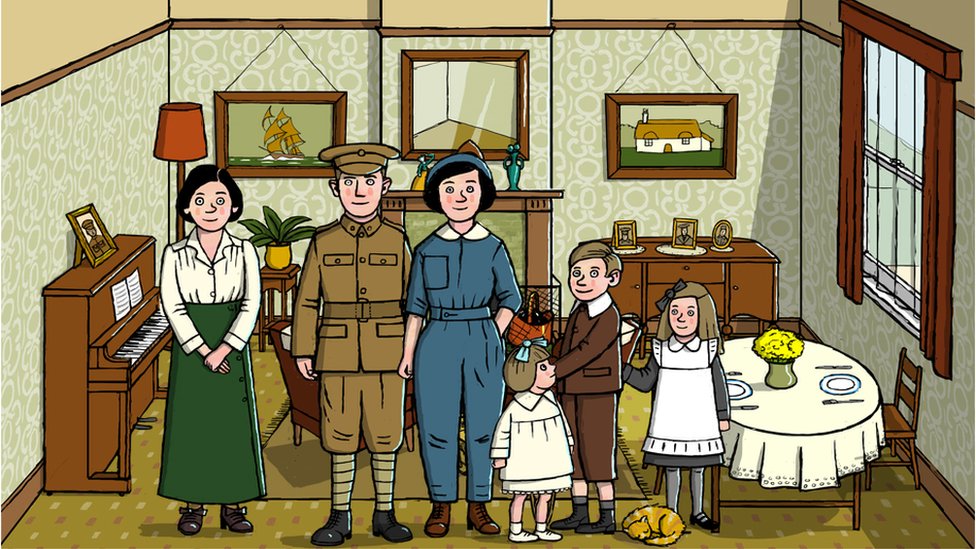 Other books by Michael Morpurgo