The Drying of the Aral Sea

The sea that dried up in 40 years 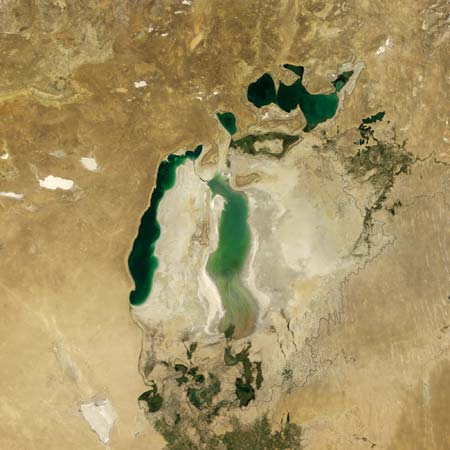 Aral Sea, Kazakh Aral Tengizi, Uzbek Orol Dengizi, a once-large saltwater
lake of Central Asia. It straddles the boundary between Kazakhstan to the
north and Uzbekistan to the south.  Encyclopedia Britannica

Children run past ruined ships abandoned in sand that once formed the
bed of the Aral Sea near the village of Zhalanash, in southwestern Kazakhstan 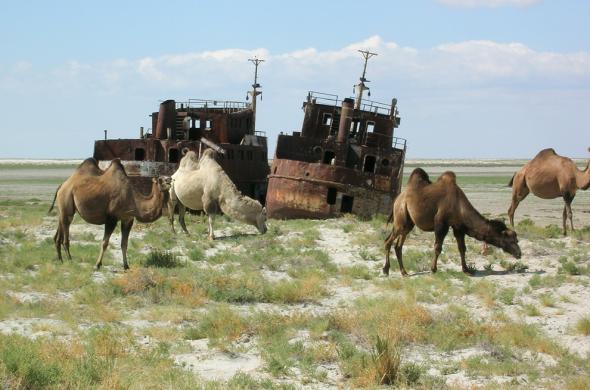 The desiccation of a remote island lake in Central Asia is one of the world's
worst ecological disasters. Now, with an $85 million engineering project, the
doomed sea is coming back to life. 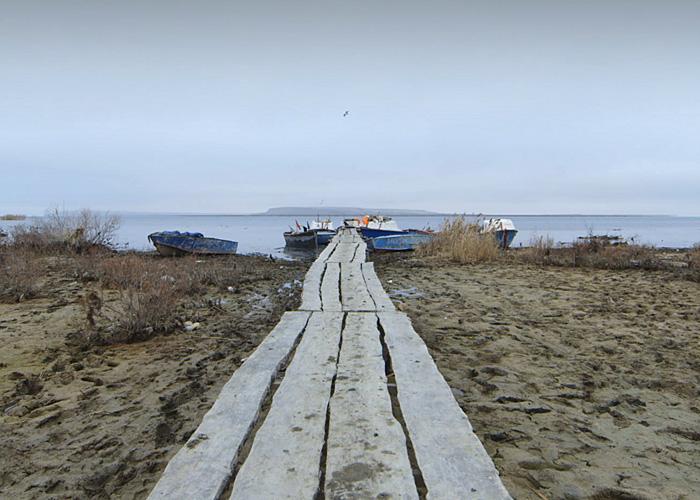 Waiting for the Sea  BBC News 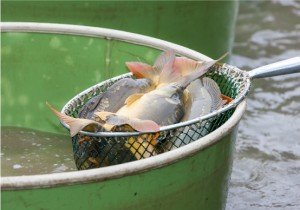 Kazakh and World Efforts to Restore the Island Sea

A Walk for Water

Why No “Water Wars” in Central Asia? Lessons Learned from the Aral Sea Disaster 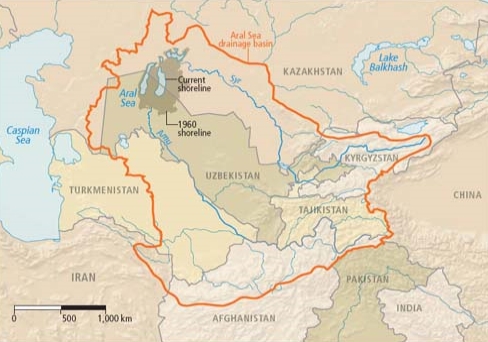 Central Asia Must unite to Save Aral Sea