Books from the Library

The First Fleet was a group of eleven ships that brought convicts to New South Wales in 1788. Before this England had sent convicts to colonies in North America. When the colonies in North America became an independent nation, the United States of America, the British Government needed to find a new place to send its convicts. They decided to send them to Botany Bay in New South Wales and set up a penal colony.

Australia in the 1780s Good general information about the First Fleet and conditions in Australia from My Place website.

Overview of the First Fleet

First Fleet Timeline Trace the journey of the First Fleet.

Provisions on the ships in the First Fleet Find out what they brought with them on the ships.

Tales from the First Fleet Search the State Library of New South Wales First Fleet Collection for journals, letters, drawings, maps and charts created by those who actually travelled with the First Fleet.

The following video clips are from the series My Place.

Dance off An Aboriginal camp.

Snakebite How to survive snakebite and how to make a spear.

Water Collecting water and taking it back to camp.

Impact of colonisation on Aboriginal peoples 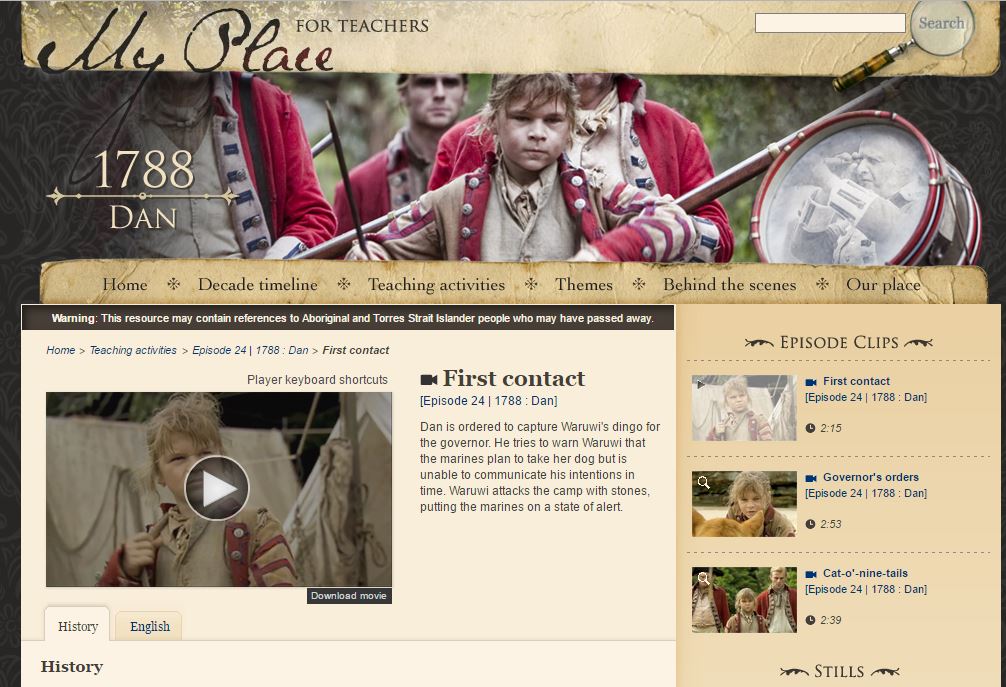 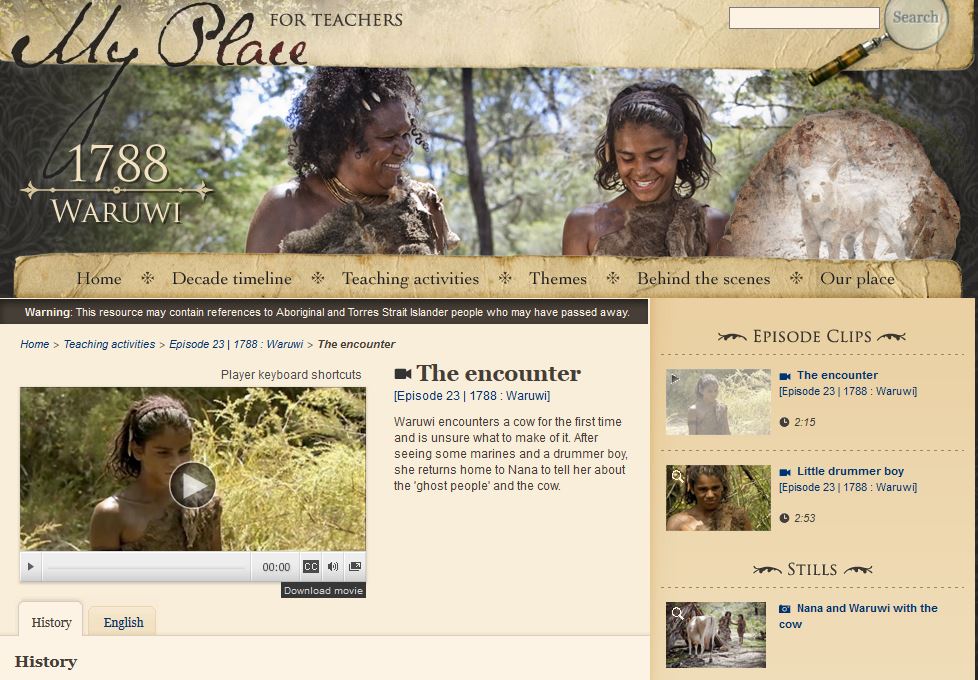